Assortment of Disney-themed Hats and Caps

Posted on January 22, 2012 by disneynouns
Cap Off Your Noggin!
It’s time for another look at a piece of merchandise that almost everyone who visits Walt Disney World buys before leaving. But usually the first day! A Hat. But not just any hat: A character hat; A Disney-themed baseball cap; Mickey Ears…
There’s no end to the variations, but here are just three: 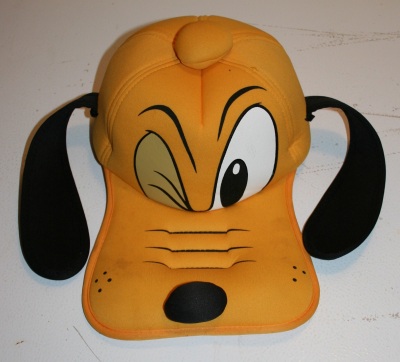 A wink from Pluto 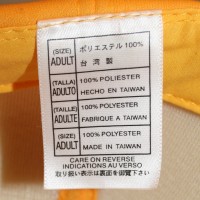 This next hat is a baseball cap with the familiar ‘M’ and Mickey face logo. It is found on a complete line of clothes and merchandise:

My wife has claimed this one 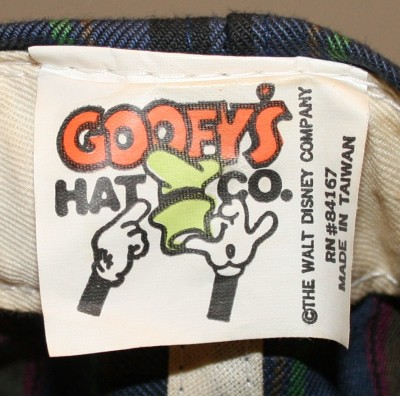 Goofy’s Hat Company
This next hat is a cloth cap that features Minnie Mouse in her original costume from the 1930’s, but without the pie-eye look:
.

EPCOT flags from the World Showcase 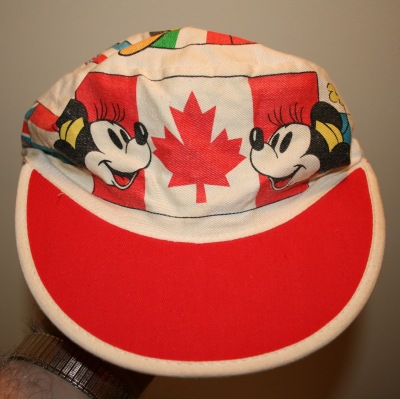 Canadian flag is most prominent
I wonder if these caps were sold with each of the World Showcase countries having a version with their flag in the front. If so, then this one would have been purchased at the Canada Pavilion. I’m guessing it may have come from the time when EPCOT was known as the Epcot Center, or just slightly after the renaming. 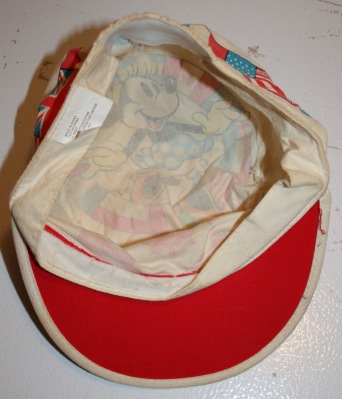 So my hat collection grows, and if I’m going to wear every one that I have, I’m going to have to grow an extra head… or two.
.

2 Responses to Assortment of Disney-themed Hats and Caps