Posted on January 26, 2012 by Dis-LEE
The Magic Kingdom and Hollywood Studios
.
Each section of this video is introduced with a ‘title card’ of sorts. As you will see, a lot of the design style is more rooted in the 1980’s than 1996 when the video was released.
.
Let’s begin with The Magic Kingdom:
.

.
Somewhere between Mickey’s Birthdayland and Mickey’s Toon Town Fair
.
Many of the attractions in this video have changed over the years, with new ones coming and old ones leaving. This Land changed many times and then, just recently, vanished for all time to make way for the expanded Fantasyland.
.

.
Hot Tips
.
Each section has one or two Hot Tip cards, like this one. A Cast Member gives you interesting tips on the Park being covered, which are spelled out for you on the right of the screen. The most interesting tip here is to tour the Park in a clockwise direction. It probably would decrease congestion if we all did that!
. 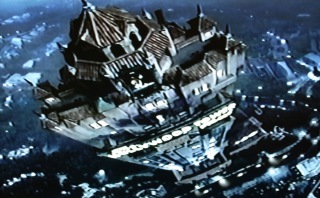 .
Great anamatic of the Tower of Terror
.

You can’t have too many Hot Tips!

.
So be sure to return tomorrow at 6AM as our 1996 tour continues with EPCOT.
.
Part One
Part Two (you are here)
Part Three