A few months ago, while my wife and I were in Walt Disney World, we did a Segway tour early one morning at Epcot. As we were staying at the Boardwalk Villas, we entered through the International Gateway, between France and the United Kingdom Pavilions in World Showcase. That part of the park was virtually empty, except for an occasional Cast Member.

So, as we had a little time, we stopped and took lots of pictures of the United Kingdom and Canadian Pavilions.
So it was pretty neat when I found this postcard at the flea market recently. And even better that it was only $1, as it appears that these are hard to come by at such a reasonable price. 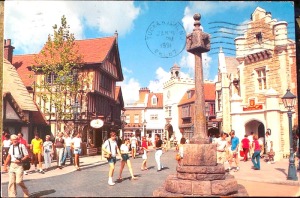 .
Sent in 1991, when Epcot was still EPCOT CENTER.
The message itself really has nothing to do with the park.
But the card caption makes me long to be back, enjoying the British fare, specifically the fish and chips, as well as a “pint of ale at the pub”.
. 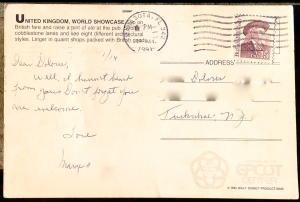 .
Some pics from our trip of empty UK pavilion.
. 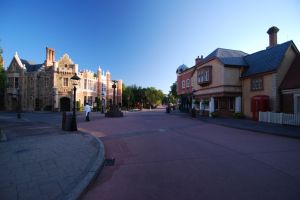 .
The gardens are some of the loveliest in all the World here.
. 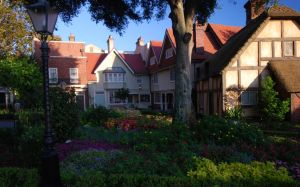 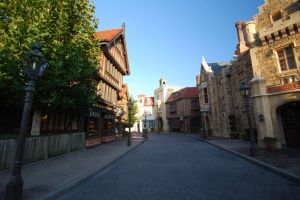 .
I hope to find more of these postcards in the future!
.