I bought this terrific die cast Tow Mater in Disneyland for $11.95.

He’s Autonaut Mater, as he appeared in the Car Toons: Mater’s Tall Tales short cartoon “Moon Mater”. As you can see, Mater has his seriously determined look on his face! 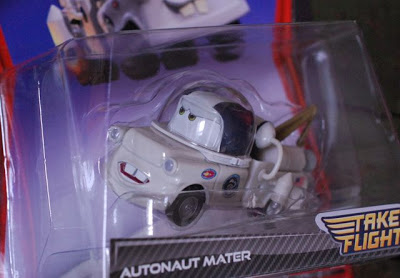 The back of the package shows other vehicles from the “Take Flight” line of Cars toys. 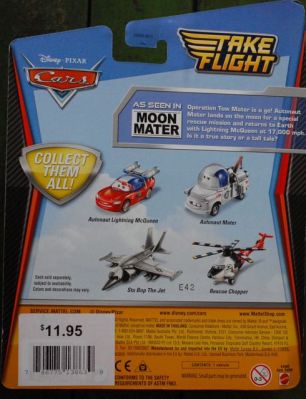 Mater can’t help anyone in his blister pack, so I got him out of there!

A closer look at his side let’s us know he is part of the Impala XIII Rescue Mission for NASCA, also known as Operation Moon Mater!

That sounds pretty impressive! No wonder he has his that serious look on his face!

And how will he rescue Impala XIII? With his tow gear of course!

Disney/Pixar, made in Thailand. From Mattel. 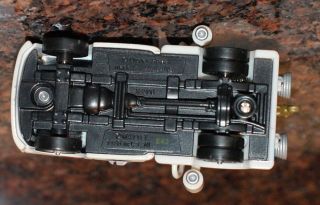 You can watch ‘Moon Mater’, as well as other Car Toons for free at Disney.com!