Disney animators love to give character to inanimate objects. And when they are fleshing out a human character, they usually imbue any objects they use or possess with a complimentary character trait.

While looking through my pictures from both the Motor Muster and Old Car Festival, held in Greenfield Village each year, I began to notice that I had some interesting Disney car tie-ins. Don’t know what I mean? 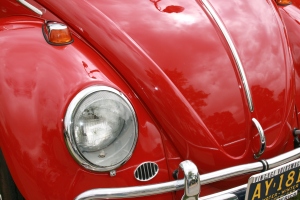 I was taking close-up pictures of some of the cars to get cool reflections and to optimize the shapes and features of each car. The shot above, of a Volkswagen Beetle, made me think of an embarrassed Herbie! 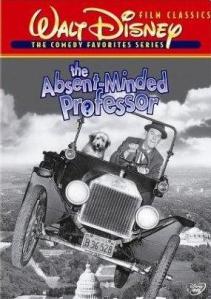 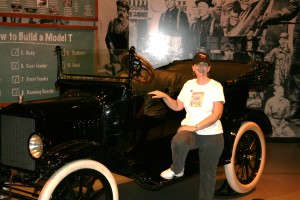 Inside the Henry Ford Museum you can see how an actual Model T Ford was constructed, and sit in or pose with an original model, as above. Yet no matter how much Flubber I used, I just couldn’t get this one to fly! 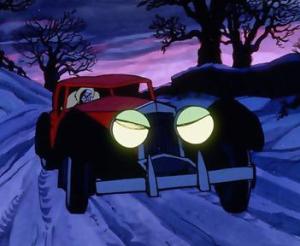 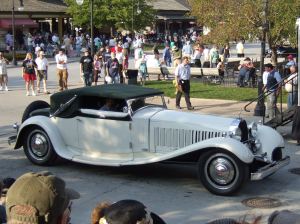 I’m not sure just what model Cruella’s car was supposed to be in the animated film 101 Dalmatians, but it looks an awful lot like the vintage Bugatti above. Think how cool it would have been if this white Bugatti was covered in spots! But being as there are only 3 or 4 of these left in the world, and only this one in North America, I don’t suppose the museum will be upgrading the paint any time soon. 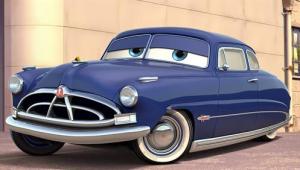 The film Cars by Pixar came out in 2006 and I took the above picture in 2009. At the time, I never even clued in that I was looking at the inspiration for Doc Hudson’s racing career. And it took until 2014 for me to even realize I had this shot! It just goes to show that you never know when a Disney reference will pop up in your life.

For more information about this Disney reference, please visit my post entitled Keith Partridge Buy’s Pixar’s Doc Hudson over at My Dreams of Disney.

Not an exact match, but when art imitates life, art often takes liberties. I think the essence of the fake car is definitely present in the real car! Sadly, no muppet emerged from the yellow version.

So if Beaker were a car, he’d end this post simply by saying: “Beep, beep!”