I love these planning videos as they comprise a virtual time capsule of my favorite Disney parks! It’s always fun to see what was new and how Disney was promoting things ‘back then.’ 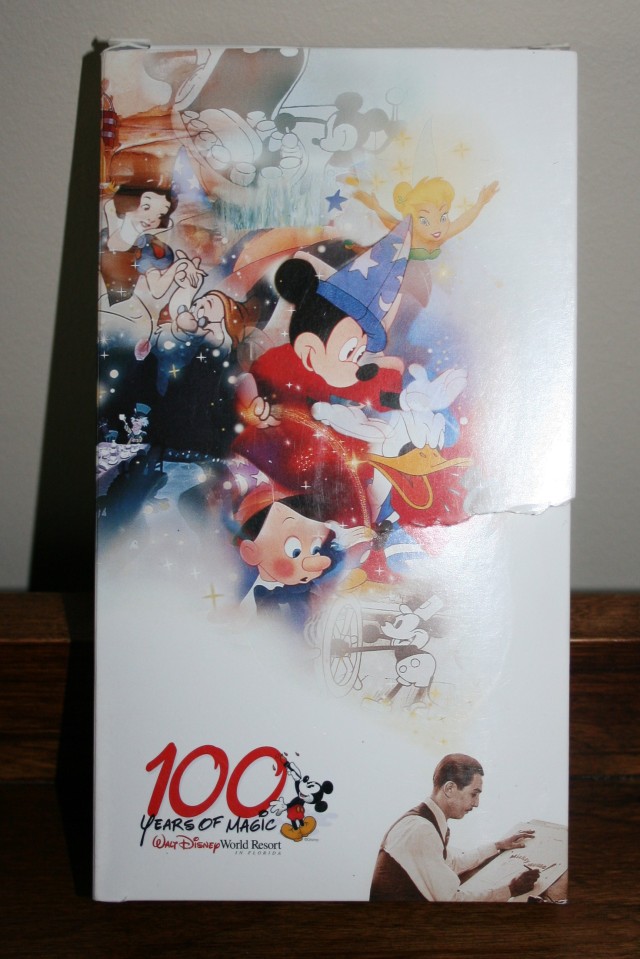 In 2001, Disney decided to celebrate Walt Disney’s 100th Birthday (December 5th, 1901) and the legacy of magic he left for us all. The VHS video gave a sneak peek of everything that was happening in all four Theme Parks and was designed to help in the planning of a vacation that would be remembered forever!

Here are the pamphlets included with the VHS tape:

Front and back of two advertisements

Of course, this promotional video had appearances by several Cast Members and the obligatory testimonials from over-excited Guests. But one CM stood out to me:

You may know Jim from his books that are now published by Theme Park Press. I did a review of some of his books, my favorite being Who’s Afraid of the Song of the South, a great read about some of the more controversial moments in Disney history. My friend and fellow blogger, Nick Maglio, got to meet Jim while on vacation at WDW and interviewed him for his blog Disney Musings. You can read Part One, Part Two, and Part Three by clicking the links.

OK, that’s enough links for one post! Let’s get back to the planning video.

So, what was new for 2001? How about the hat everyone loves to hate: 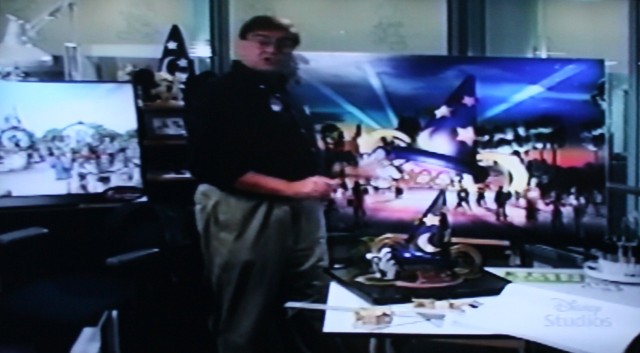 I wonder if we can blame Jim for this one?

Also new over at Disney Studios was the Movie Stars and Motor Cars Parade. Here is a shot from the video showing some concept drawings:

Over at Disney’s Animal Kingdom, another new parade called Mickey’s Jammin’ Jungle Parade was set to entertain, and here is Jim beside another concept sketch showing Mickey atop the key float:

There was also a cool pin that would flash in conjunction with one of the parades. Here it is on Jim Korkis as he demonstrates it for us: 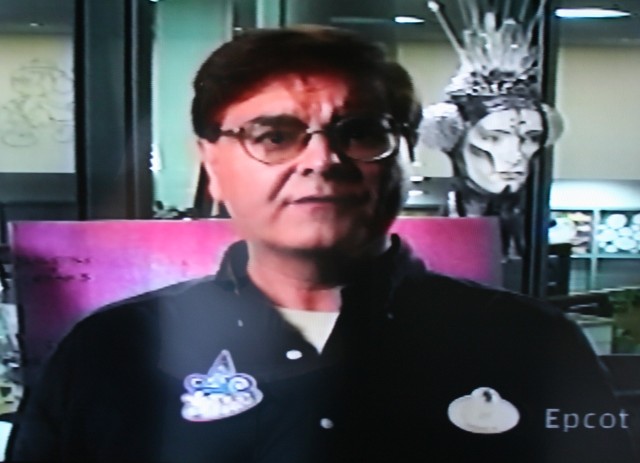 And you thought the flashing Mickey Ears were a new idea!

One last new thing to share with you is something known as Disney FastPass. The video had a CM explaining this great new feature to a guest, complete with riveting demonstration of how to work the machine:

I wonder if anyone ever got the hang of these things?

Over all it was a fun video with some great pamphlets. And although I didn’t really just get back from Walt Disney World, by watching this Vacation Planner video, it feels like I did!

Check out the official Disney site that promoted this event called 100 Years of Magic.