Before heading to Florida earlier this month, I purchased a Disney collectible from someone online. Shipping to Canada was going to be cost prohibitive, so I had the lady send it to my inlaws in Sebastian, FL. Being as we were going to be staying there overnight, it seemed the best option.

So when we arrived at the inlaws trailer, the first thing we saw was a package addressed to me! What can I say, I like starting a vacation with gifts.

This was a fun parade that ran from October 1, 2001 to March 8, 2008. According to the Disney Wiki site, “It moved to Walt Disney Studios Park at the Disneyland Resort Paris in France in March 2008 under the name Disney Stars ‘n’ Cars. The parade was a cavalcade of Disney characters (and a unit based on Star Wars and Power Rangers) in themed automobiles in a very Hollywood style.” 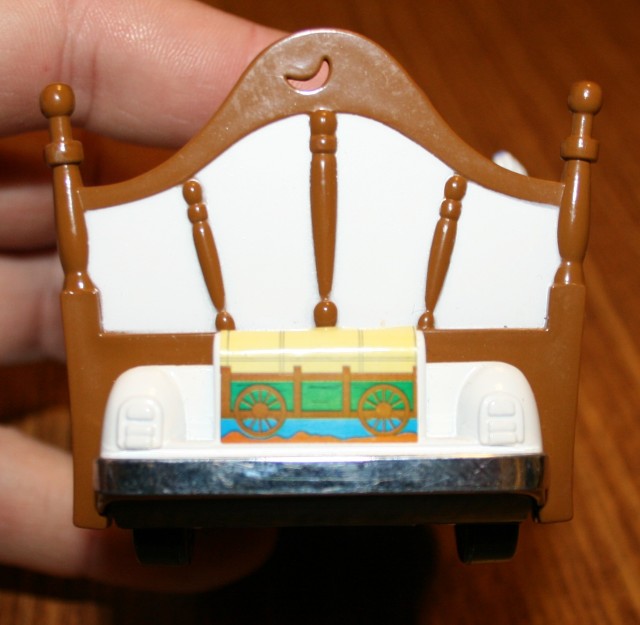 I love the detailing!

When I bought this, sight unseen, I thought it was bigger and made of ceramic. But it’s actually quite small and die cast. But I still love it because it features two of my favorite Disney characters from one of my all-time favorite Pixar films, Toy Story!

Do you have a favorite star and car from this parade?