Back in 2013 I visited Disneyland for the first time and just had to tour the Disneyland Hotel, although I was not able to stay there. Interestingly, I found a model of the Disney Fantasy ship on display in one of the hallways. I’ll post the photo below along with an actual photo of the real ship for comparison: 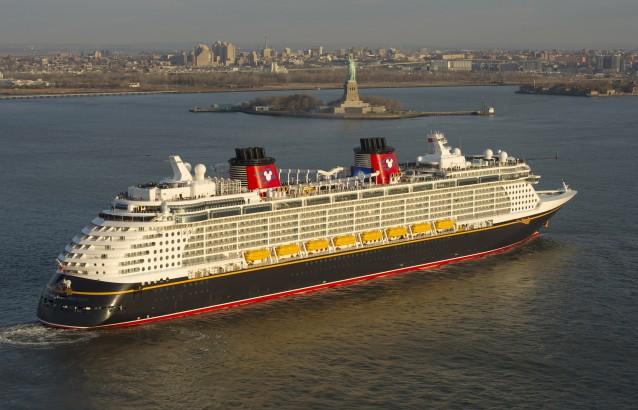 We all know that between the time a concept is released to the public and the actual thing gets produced, many changes usually happen.

The main difference I see in this case are the decks are more open amidships, instead of being portholed from bow to stern. This breaks up the pattern a bit and makes for  a better look.

But otherwise, the model is pretty much bang on!