To begin, who remembers the TV show CHiPs starring Larry Wilcox and Eric Estrada? I used to watch it all the time and really enjoyed it, but then I revisited the series on DVD and noticed just how slow those high-speed chases actually were!

But I still think the show is entertaining and does hold up if you focus on the humor and not the stunts and imposed drama. 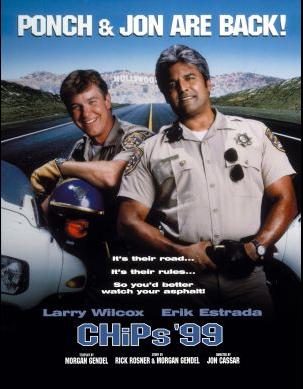 Did you know there was even a movie?

Thanks to the movie Planes – Fire and Rescue, this old TV show now has a Disney tie-in. Meet “Blazin” Blade Ranger, the helicopter who was in the (ficticious) law enforcement  TV show CHoPs: 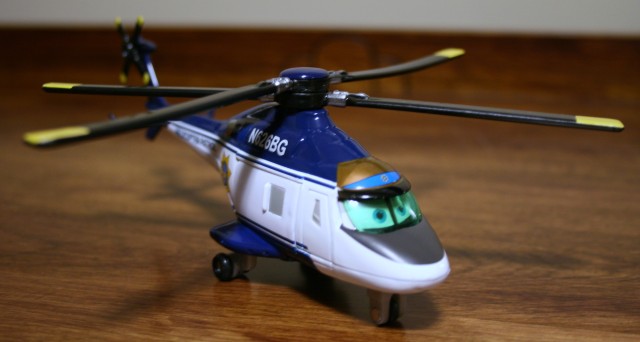 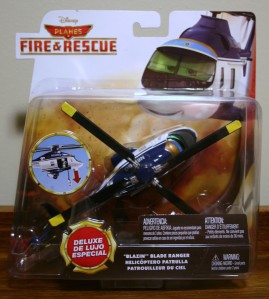 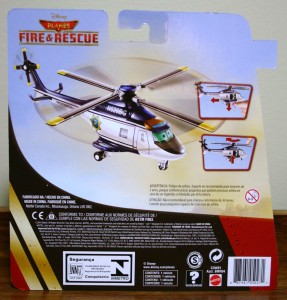 Released under the ‘Deluxe’ line of die-cast vehicles

Here is a brief synopsis of the movie Planes – Fire and Rescue: Dusty travels to Piston Peak National Park where he meets a fire and rescue crew under the command of a helicopter named Blade Ranger, a former TV star. The leader of an efficient unit, Blade is initially unimpressed by the small newcomer and Dusty’s training proves to be a difficult challenge. Dusty learns that Blade’s co-star from CHoPs was killed during a stunt gone wrong on set that Blade was helpless to stop, so he decided to become a firefighter to save lives for real.

Blade Ranger is painted fire-red due to his new job, but when he was a TV star, he wore the blue and white of the California Chopper Patrol: 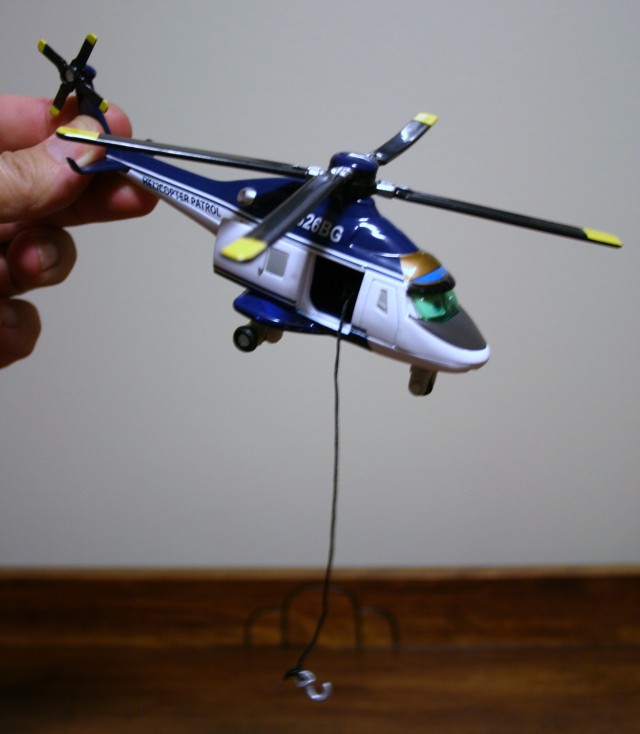 This small die-cast toy has an awesome winch feature

I have a red version of this character but haven’t seen this blue variant before. In fact, it was the last one at the Wal-Mart where I picked it up. The cost is $14.95 CAN and is a fantastic value for the money!