“Quality will out… Keep the place as clean as you can keep it… keep it friendly.. and I think that will hang on after… Disney (indicating himself).” – Walt Disney

From Project X to The Florida Project to Disney World and finally ending at Walt Disney World, we know that it wasn’t only the name that went through many changes before the property in Florida became The Vacation Kingdom we know today. 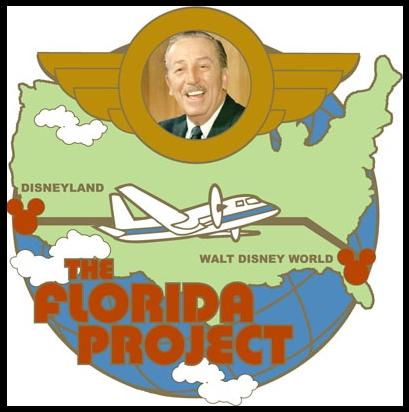 But what changes may have taken place if Walt had lived to open the park himself? And what might Walt change if he were given just one visit to his dream as it is presently envisioned by Imagineering? Well, I will attempt to wear Walt’s shoes for one audacious moment, as I try to guess what Walt would recommend after just such a visit:

Change Number One – Take ‘Walt’ Off the Marque

Disneyland wasn’t called Walt Disney Land and I don’t think Walt wanted, or would have felt completely comfortable with, his first name being used for his Florida Project (of course, he no doubt would have been deeply moved by Roy O Disney’s heart-felt tribute). He was known to point out that all of the ‘Disney’ magic created was a team effort. And although he admitted that his name was coming to represent more than himself as a man, I wonder just how prominently he would have tolerated his full name being used. 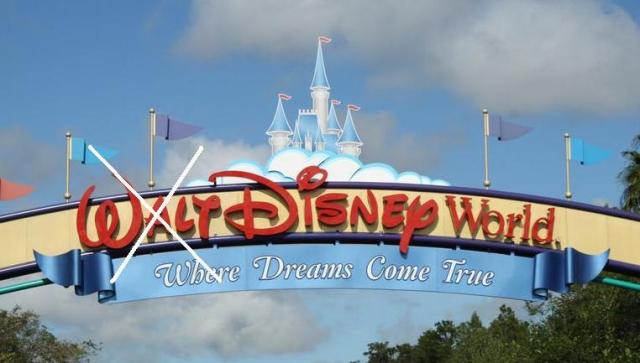 Besides, just think of the possibilities if the pattern was followed: Disney Land. Disney World. Disney Universe. Disney Infinitum!

It’s one thing to remove an attraction and re-imagine the space, or simply replace it with landscaping. But to close and shutter an attraction and then let years go by as the structures decay and collapse… this is something I can’t imagine Walt tolerating!

The Florida Project was exciting to Walt because of its ability to grow and accommodate any idea he, or the Imagineers, could dream up. To see space wasted would have gone against the very advantage of The Vacation Kingdom! So areas like River Country, which could be used to provide an expanded recreational area for Fort Wilderness, or Discovery Island, which could be used for almost any self-contained wilderness experience, would not sit unused under Walt’s watch!

I’ve ridden Living With the Land both with and without a Cast Member as a guide. And I must say I much preferred the personal touch of a smiling face uttering all of those interesting factoids! I guess if I wanted an impersonal experience, I’d read a book. But think of, or better yet ride for yourself, The Great Movie Ride (or Storybook Canal Boats in Disneyland) and you’ll appreciate what I mean.

Walt wanted a direct connection between his attractions and his guests, and that is no better served than when a Guide accompanies you!

The infamous bus ride back to the Resort after a long day at the Parks. Is there anything more draining or less magical? I love all of my Disney friends, but that doesn’t mean I want to be crammed into a bus with 50-75 sweaty examples of you!

Could this experience be plussed? On Disney’s Magical Express, the bus that brings guests from the airport to Disney properties, a better job is done than on the standard Disney bus. It does it with nothing more than a TV screen. Sit back and watch an introductory video to make the time fly by and you’re at your Disney Resort before you know it! Each shuttle bus could be fitted with a TV screen which could  show advertising for new movies or opening attractions, or new shows. Sing-a-longs? Trivia? Something?

I must admit though, if you get a good bus driver, the trip can be magical!

Ah, the maintenance debate. I don’t feel this is as big a problem as some sites/writers make it out to be. In a property as big as Walt Disney World, there will always be a piece of paper somewhere, a bulb out in a marque, or some fading paint on a beloved attraction. But if these things are regularly dealt with, I see no reason to bash a hard-working staff! It’s when we can see a lack of care over a long period of time that it becomes something that Walt would never tolerate! And then it’s time to bash a lackadaisical management.

In the opening quote above, Walt himself said ‘keep the place as clean as you can keep it’. I don’t see this as a suggestion but as a mission statement that he intended to be followed long ‘after… Disney‘.

These five things are my personal opinions only. I can’t presume to represent the mind of Walt Disney and certainly this post is not an attempt to do so. But we all have taken a moment to wonder what Walt would have thought or done.

So in that vein, do you agree with my wonderings? Or do you think of other issues? How do you think things would go if Walt visited (Walt) Disney World tomorrow?