Posted on February 8, 2016 by disneynouns

I had to create a new word for this post: Disney-fied. It’s what I’ve done to an old wall clock that we found upon moving into our new place. The previous inhabitant had the good idea of putting a little collector plate behind the glass where the pendulum would normally be. But we decided to swap out the plate for one of our own!

Let’s have a look so that you can see what I mean:

We’ve had this little collector plate for years, but never really had a proper place to display it. Until now!

At this point I have affixed it in place rather crudely with some folded-up cardboard. Obviously I’ll have to figure out a more decorative way to keep the plate centered.

The plate itself is rather interesting. It was sold at both Disneyland and Walt Disney World and features a moment from the 1941 Disney Short called the ‘Nifty Nineties’. 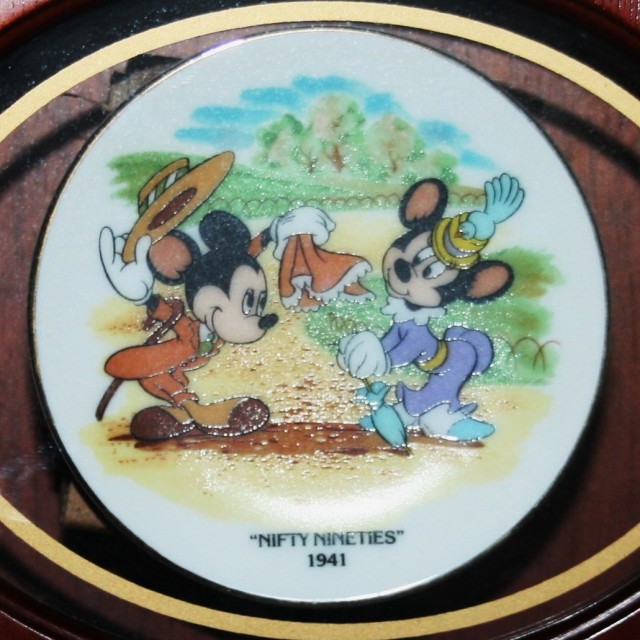 Released June 30th of 1941, this Short follows Mickey Mouse as he takes his best girl Minnie out to a vaudeville show, and then out for a wild drive in an antique car. Running time is 7:33 and you can see the whole thing below:

What do you think of our disney-fied idea?