I like collecting multiples of a type, like in this post: Phones! Disney phones to be precise. There have been so many different styles made that every flea market and antique shop usually has one or two for sale.

Unfortunately, the proprietors seem to think that ‘Disney’ connected to ‘phone’ means ‘big money’, which is rarely the case. Most Disney phones have been produced in recent years and in large numbers of manufacture, so value, although not low should at least be reasonable.

Many of the phones in my collection were bought in charity shops. So let’s have a look:

Room for a personalized picture in the frame

Orange tube under rocket lights up when phone rings 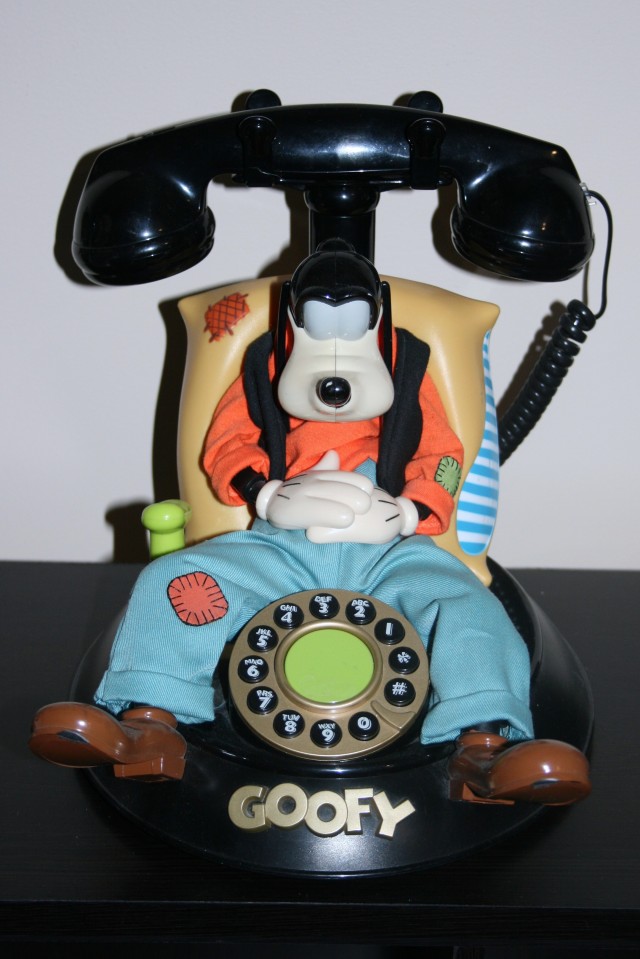 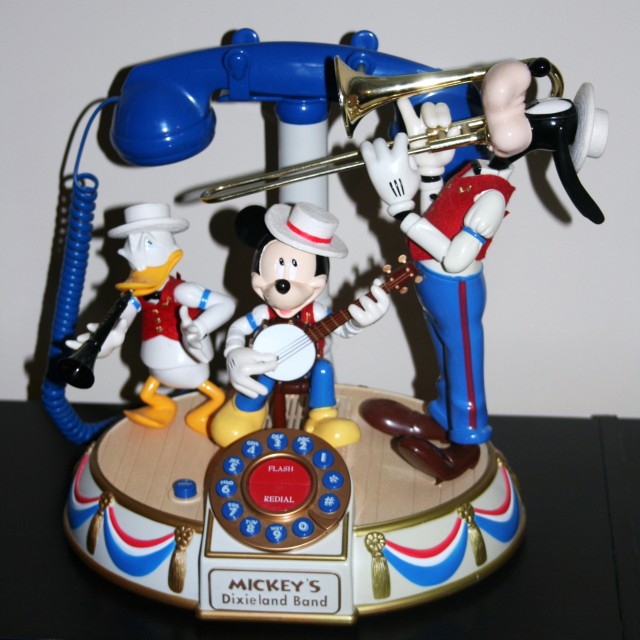 The phone above has been immortalized at the Pop Century Resort in Walt Disney World. It can be found ‘guarding’ the entrance to one of the buildings, as  shown below: 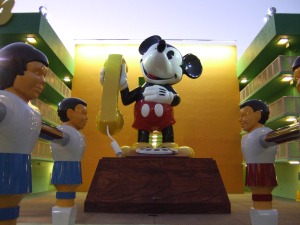 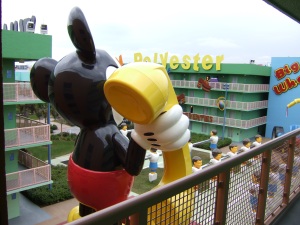 This phone style has also been rendered in miniature. Let’s have a look:

There is also a normal sized model with the touch pad instead of the rotary dial that I have. Obviously, it was produced in more modern times. 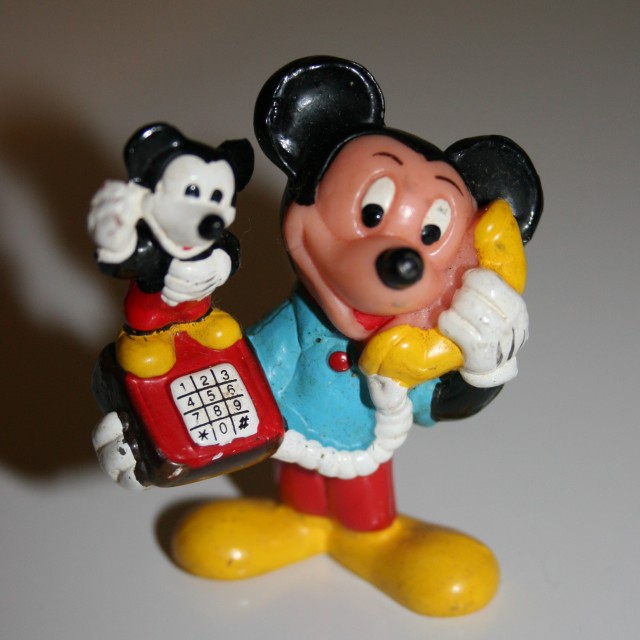 I have a few more that are still in storage and when I find them, I will update this post. Each of these phones still work, but I don’t have a landline anymore!

Oh well, they make great decoration for the house.