The Sears company has sold many fine Disney-related items over the years. More-so in the past, such as this beautiful ceramic castle from 1988. It was part of the Magic Kingdom Collection:

This was a ceramic replica that was made to have a light inside so that the windows would be lit at night. I don’t have the lighting system, just the ceramic shell.

Here is what the real castle looks like in Disneyland:

Obviously there is less detail in the ceramic replica! But it is still a very nice piece. 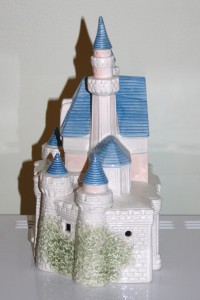 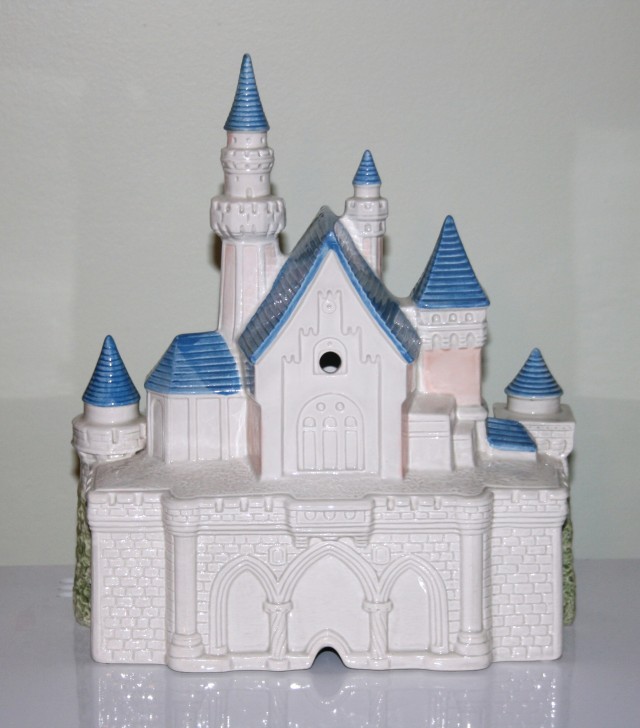 In the center, as we look at the back of the piece, we can see the hole where the cord for the light would go through.

This is branded as Disney Magic, and was part of a series of Disney park structures. Here are some images to show you some of the other buildings featured: 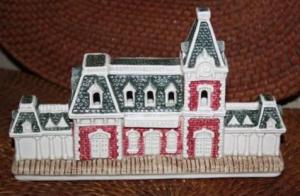 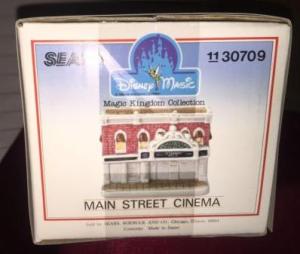 These ceramic replicas sell on eBay from anywhere between $30.00 and $175.00 US depending on the building and whether it has the original box.

And here is what it looks like on display in my sitting room: