In 2010 we visited Disney’s Hollywood Studios at Walt Disney World and had the pleasure of seeing the Block Party Bash. It featured characters from the Pixar films, including the one in full dance mode below: 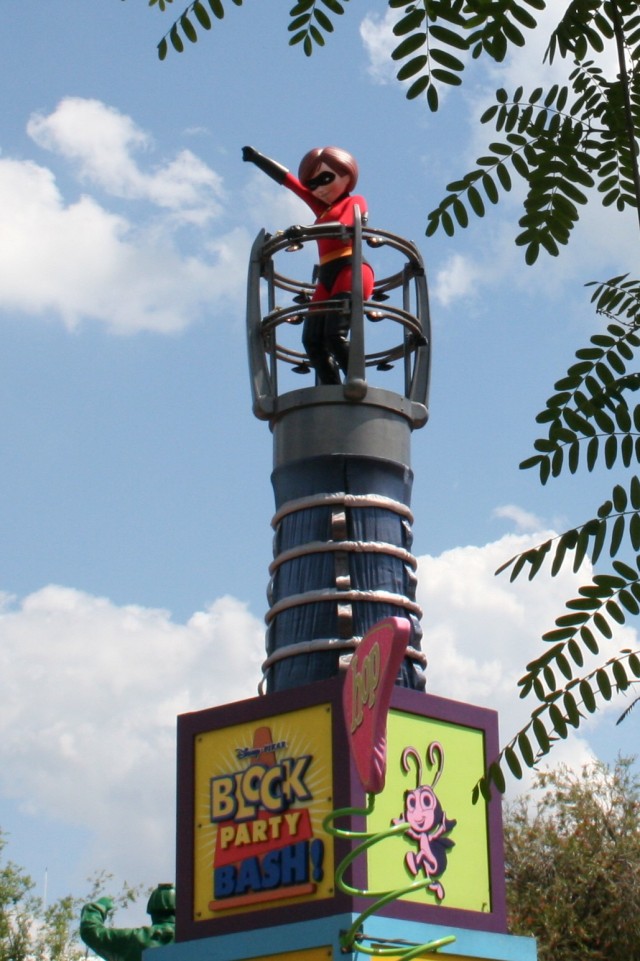 This was a fun interactive parade with plenty of energy. If you wanted you could join the characters in the street for some dancing. And at the end, they shot rubber balls into the air! Yup, I’m easily impressed.