Mickey Mouse has played many characters over his storied career but none maybe so strange as the one you will see here today!

He has played cowboys before and certainly has brandished his fair share of firearms. But I thought the way he was doing it in this ceramic collectible was a bit… off. We’ll touch back on that point nearer the end of the post. First, let’s have a look at it: 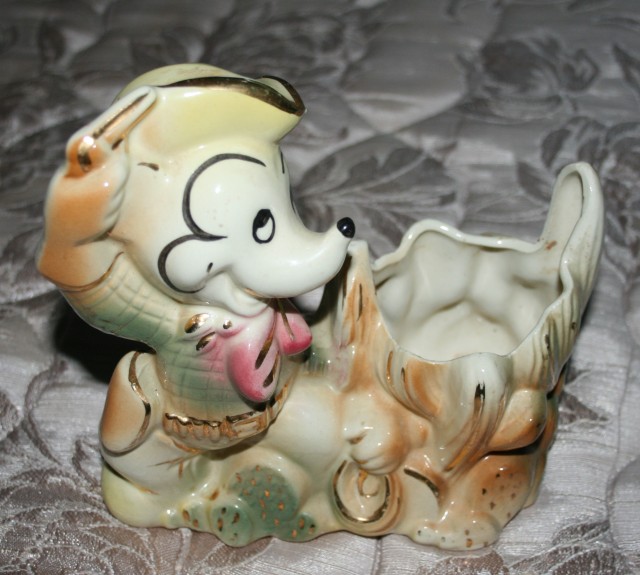 I’ve researched this item and found a range of dates for its manufacture. Some sellers on eBay are claiming it comes from the 1940’s and others from the 1950’s. It’s about an equal split with just one seller claiming a pretty specific date of 1949. 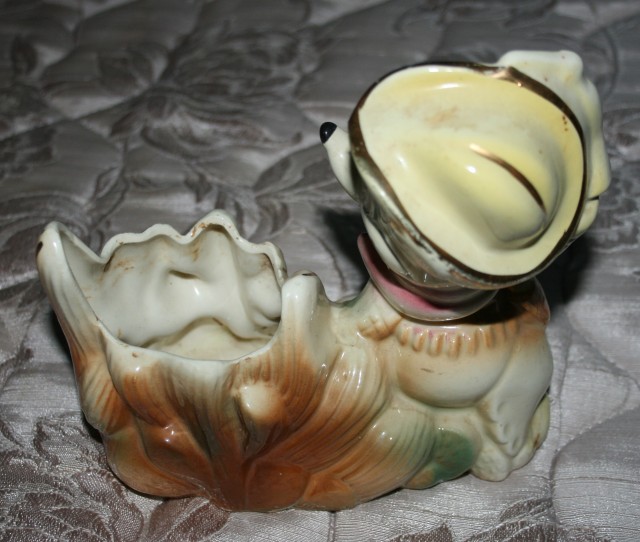 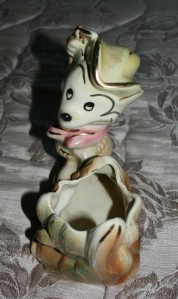 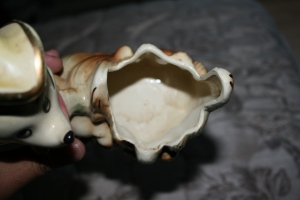 So if it is from about 1950 that would make it over 65 years old! But age doesn’t necessarily make a Disney item valuable with this example only fetching a price of around $30. 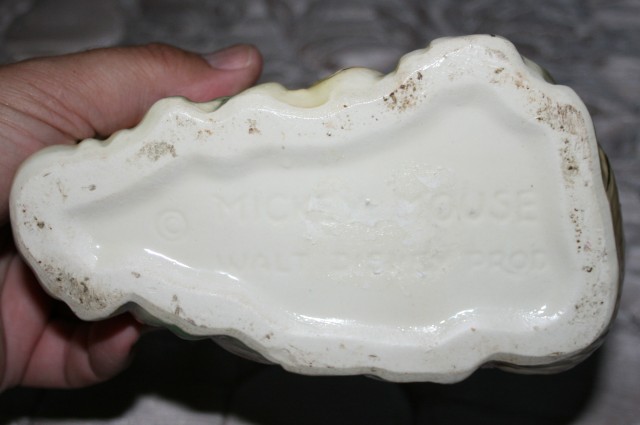 So now we need to answer the question of why this particular depiction of Mickey as a cowboy is a bit… off. Take a look at the next picture and note the placement of the gun: 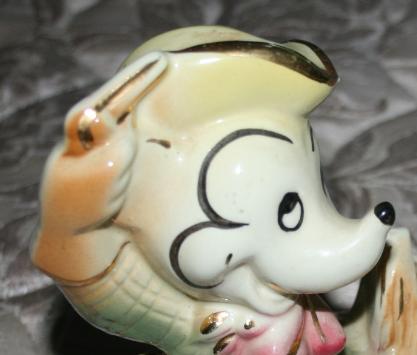 It could look like he is aiming the gun at his own head! He could blow off an ear that way! No doubt this unfortunate hand placement is due to the problems of sculpting for a ceramic mold. Any small pieces that would protrude from the main body of the sculpt  would require extra care both in the original sculpting and the subsequent casting. So having the arm and hand, and gun, close into the body would be easier, thus cheaper to produce.

I don’t know though, mightn’t it have been better to leave the gun in the holster?

To conclude I’d like to mention that the Cowboy Mickey Planter is part of a set of at least three pieces. There is a Farmer Donald (Duck) Planter: 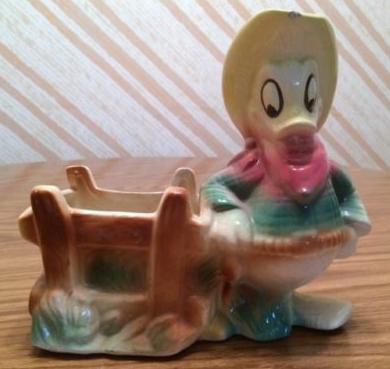 And a Cowboy Mickey (Mouse) Bank: 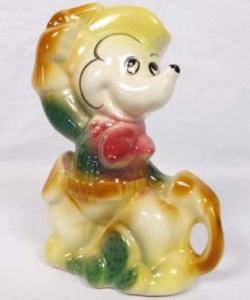 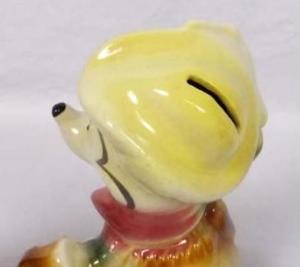 Truly a very nice set and my search for these last two collectibles is so on!