This is a variation of the game Trouble even sporting that little plastic dice bubble that we all loved so much as kids. However this game is much simpler and aimed at the younger 4 to 8 age market.

Here is the box:

The Fab Five play together

The rules are a bit vague. To play each player pops the dice bubble and moves ahead the number of spaces indicated on the die. But if the die shows this:

Then you slide the red lever and one or more players may be popped off the board. No one is safe! But here is where it gets confusing. The box says ‘Will you get popped off? And where will you land when you pop back on – ahead of where you were, or behind?’ There is no explanation as to how you can ‘pop back on’. 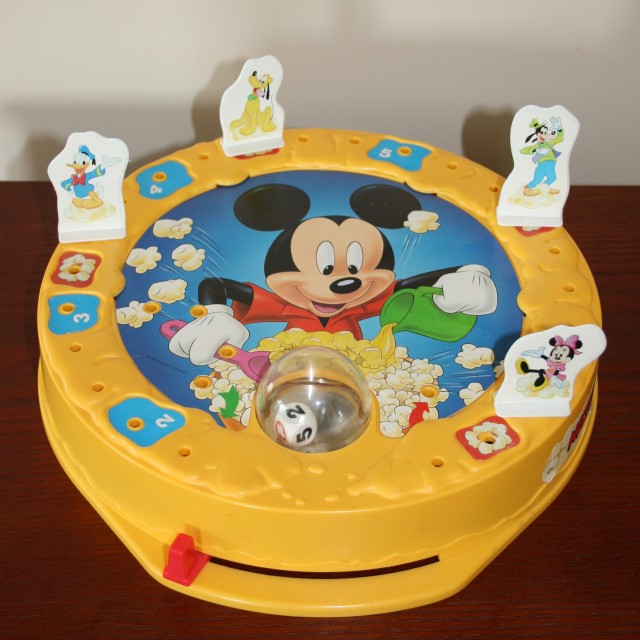 This game is by Parker Brothers and was released in 1991. You can play as either Pluto, Goofy, Minnie, or Donald but not Mickey as he is the one hosting the poppin’ party:

I’m constantly surprised, shocked, and dismayed when I realize that a game from 1991 is now 25 years old. The 90’s seem like yesterday to me!

I picked this game up for just $7.50 CAN in a deal of two games for $15.00 together. To see the other game, check out my post entitled Mickey Mouse Spin-A-Round Game.