These three amigos first traveled together in 1944 although Donald and José Carioca met two years earlier in 1942. But it wasn’t until 1957 that along with Panchito Pistoles the three friends were ready for their first Canadian road trip:

Being birds-of-a-feather they agreed to buy a classic open-top car. How appropriate! This way they would feel the wind in their feathers even though they were driving and not flying. Above and below we see them trying out their choice in the showroom: 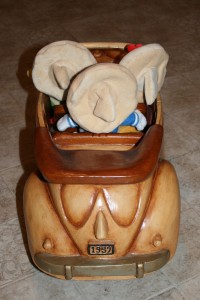 So after sealing the deal and packing the trunk with all the luggage and bird seed they needed, they piled into their new ride:

Preparing to leave the car port

Panchito called shotgun so that left Donald to sit in the back seat, but that’s OK, as that’s where he liked to do most of his driving anyway!

With their maps marked for adventure the three were finally under way! But would they turn left or right at the end of the driveway?

Right it was = East!

Here’s hoping they had lots of good driving weather! I remember getting a postcard from them which I have kept to this day: 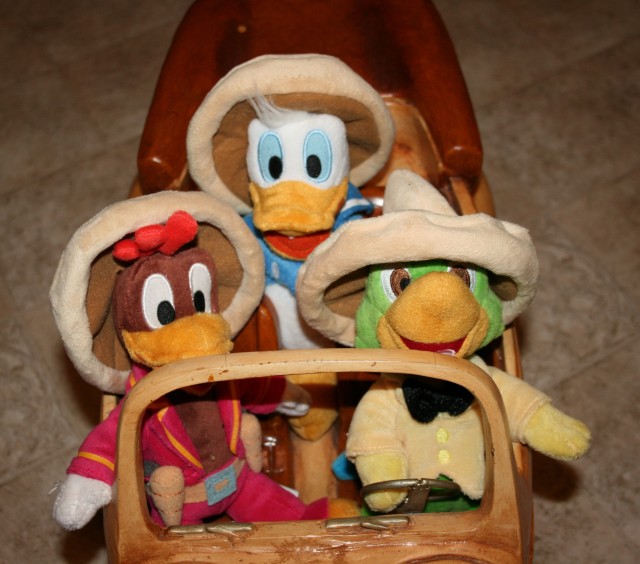