You can’t visit California without visiting Disneyland. This iconic park is synonymous with the bright and fun spirit of that State!

I’ve already given you a list of the Top 5 Attractions at Disney’s California Adventure, and now it is time to walk across the courtyard to Walt’s original dream: Disneyland. So here will be my list of the Top Five attractions in Disneyland. Keep in mind that my focus is on attractions unique or better realized in Disneyland, so expect some obvious candidates like Splash Mountain and Pirates of the Caribbean to be overlooked on this list. After all, these have been copied and built in almost every Disney park. With that said, and an acknowledgement that this could very easily have been a Top 10 list, here we go: 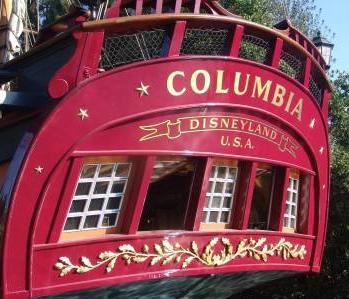 Synopsis: Board the 110-foot-long, fully rigged Columbia and feel the wind and sun upon your face. Marvel at the towering 84-foot mainmast or inspect the merchant ship’s 10 cannons and 2 deck-mounted swivel guns — necessary to repel the attacks of ruthless pirates. Imagine what it must have been like to challenge the ocean aboard the Columbia with a determined crew of skilled sailors. It took the original Columbia 3 years to sail around the world, but your voyage will only take about 15 minutes.

Below the main deck you’ll find historical displays recreating the living conditions of 18th-century sailors. The maritime museum celebrates the dedication and sacrifice of the brave explorers who filled in the final details of the world’s map.

Disneyland is the only Disney park where you’ll find this amazing nautical recreation. Most parks have a paddle-wheeler, but not The Columbia! So this is a not-to-be-missed attraction at Disneyland because of its uniqueness, splendor, and edutainment value. 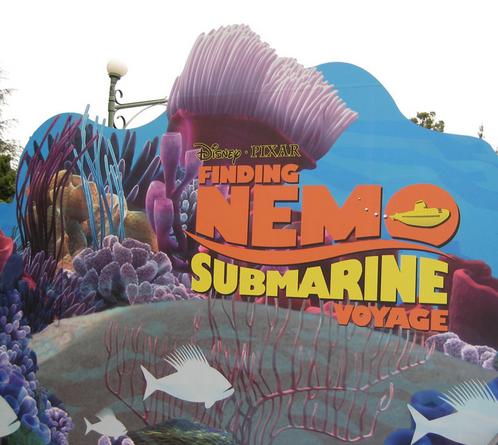 Synopsis: Board the yellow research submarine of the Nautical Exploration and Marine Observation Institute (N.E.M.O.). Sit at one of the portholes where you will be dazzled by the underwater curiosities as your submarine dives fathoms beneath the surface. Your mission is to explore a newly erupting undersea volcano! Float past the scattered ruins of an ancient civilization that rest on the floor of a lush kelp forest, recently uncovered by the volcanic explosions. Watch deep-sea divers as they search for diverse exotic fish. Including a certain little Clown fish named Nemo! 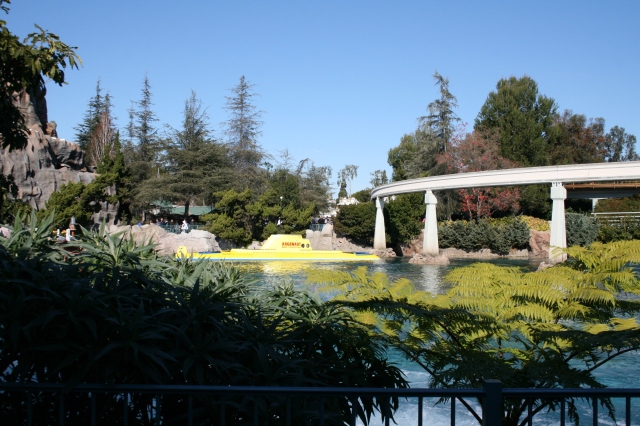 I remember the original 20,000 Leagues Under the Sea Submarine Voyage that was in Walt Disney World. I was very young when I experienced it (back in 1972) but still have very vivid images in my mind. To have this attraction back again, albeit in another form, is breathtaking!

Be sure to ride this attraction at least once despite the long lines as one never knows when such an expensive ride will disappear again. 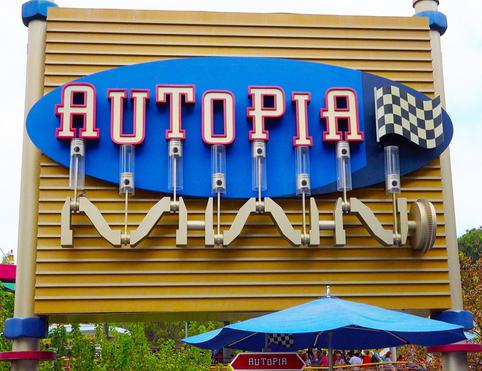 Synopsis: Take the wheel and whirl around the tracks of Autopia, a fun-filled roadway where you can both be the driver of your own small car and get glimpses of things from the car’s perspective! A combination of the words “automobile” and “utopia,” this roaring racetrack features 4 lanes of fun! Drivers of almost all ages can experience the thrill of putting their pedal to the metal on this imaginative motorway lined with lush green foliage and humorous billboards. Guide rails keep less experienced drivers on course as the cars hug curves, cross bridges and even go off-roading! 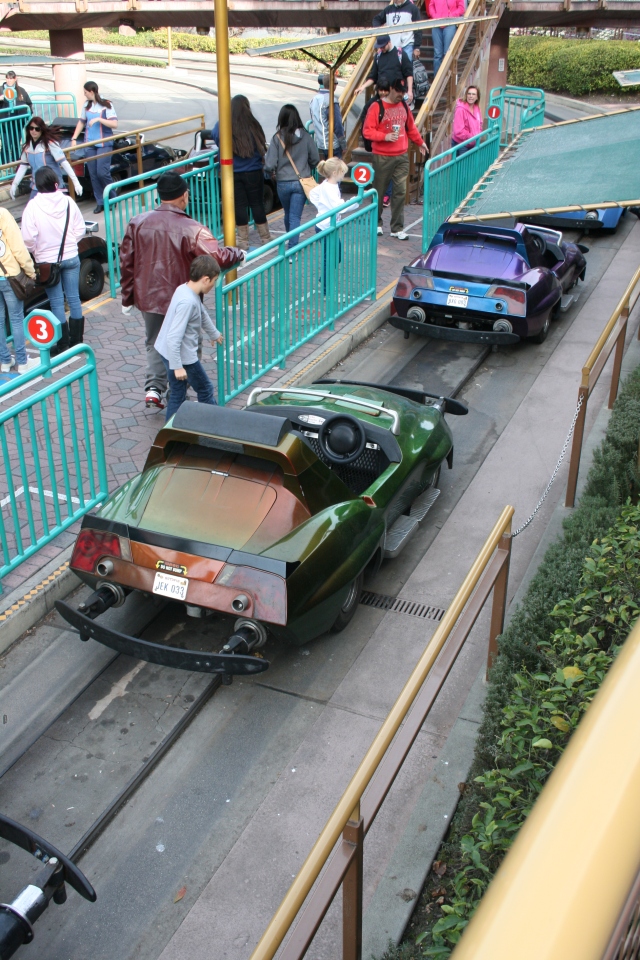 If you love the smell of the open road, and by ‘smell’ I mean gas fumes, then this attraction was made for you! I personally love it and it would be in the number one spot if not for that pesky pollution thing. Some parks that have duplicated this attraction have made the cars electric but I hope Disneyland keeps the original smoke-belching cars that Walt placed in his park! Of course, this attraction is getting another make-over now that Honda is taking over sponsorship, so that is also something to look forward to when you visit.

Many say this attraction is boring but I implore you to try it yourself at least once. And if you can do this with your child driving, I promise you won’t regret it!

Synopsis: This is an enchanting aerial journey inspired by the classic Disney movie Peter Pan. Soar over Never Land in a flying pirate galleon and watch the daring adventures of Peter as he confronts his dreaded arch-nemesis, Captain Hook.

I should admit that I am firmly in Camp Disney World when the debate over ‘which is better’ comes up. I loved Disneyland when I visited in 2013 and hope to return some day, but it didn’t sway me from my beloved ‘home’ park! However, I have to admit that Disneyland kicks some serious butt when it comes to variations of repeated attractions, like Peter Pan’s Flight. DL wins hands down!

The ride is smoother, the effects are cooler, and the overall presentation is somehow indescribably… better. I really did feel like a child again riding Disneyland’s version of Pan! And you will too. 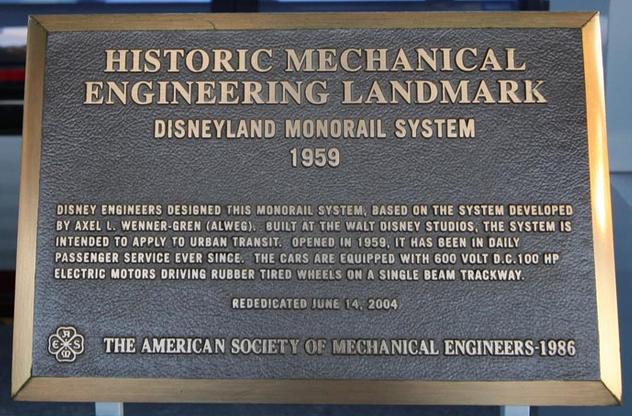 Synopsis: Ride this high-speed, “green” transportation system that rockets along a single rail that circles Disneyland Park! As you are whisked around the Resort for a 13-minute ride, sit back and enjoy aerial views of Fantasyland and Tomorrowland in Disneyland Park and Grizzly Peak, Buena Vista Street and Hollywood Land in Disney California Adventure Park. The route also parallels Harbor Boulevard and travels over the Disneyland Main Entrance and Entrance Plaza, taking you above and beyond the Park scenery.

And ride in the front with the Pilot, something you can’t do in Walt Disney World at present. 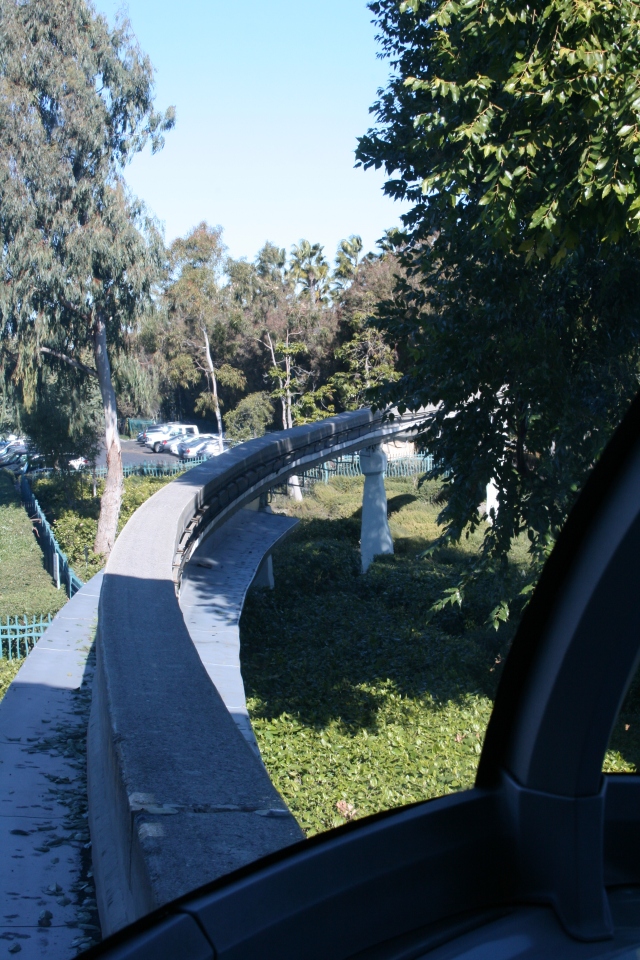 To ride a monorail is truly to experience a bit of transportation history and to share one of Walt’s personal passions. He wanted one of these in every city, but he had to settle for one in both of his beloved parks.

Conclusion: Disneyland has many other great attractions from shows to dark rides. And like I said at the outset of this post, this could easily have been a Top 10 list! But I think I have chosen the best five must-try offerings in this park. Do you agree? Let us all know what your favorite Disneyland attraction is in the comments below!