Which is better? The original or the remake? This question has taken on a new dimension since Disney has started releasing cherished animated features as live-action films. So far we have had Alice in Wonderland, Cinderella, and the Jungle Book. I’ll go on record now and say that I liked the original versions better in each case. Soon to be added will be Beauty and the Beast. Will it fare better?

But the effort we are reviewing in this post was a hybrid live-action/animated feature from 1977 called Pete’s Dragon (PD-77). Recently remade in 2016 (PD-16), we are going to pit these two films head-to-head in five categories. The one who wins the most categories will be the best.

Although I don’t go into too much detail about the new film, I do mention certain plot points that may ruin things for you if you haven’t seen it yet. You are warned!

Neither premise is realistic. In the original the Gogan family would never have gotten custody of Pete. And in the remake Pete would never have gone missing for 6 years after the crash site was found. Dogs would have been used to find him.

But I must declare a winner so I will award the point to PD-16. The new premise isn’t as outlandish as the first, and it reaches the heart. 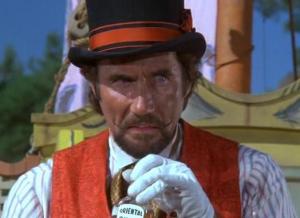 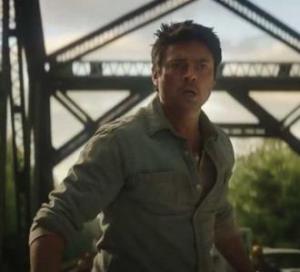 I’m not even going to include the Gogan family as villains as this would automatically award the win to PD-16. I love PD-77 but their scenes make me cringe! But Dr. Terminus isn’t much better. We have to adjust things a bit as it was more common to have over-the-top villains in early Disney films, but even doing that, I think Gavin was a more realistic danger for Elliot.

I liked how the new film handled Gavin, a jealous brother tired of being in the background of the family business, looking for something to put him on the map. Capturing Elliot was a sure way of doing that! His redemption in the end as he tries to save his brother and Grace at the risk of his own life was satisfying.

I think Sean did a wonderful job in the first film… until he had to sing! Disney had a habit of hiring child actors based on looks and acting ability and then forcing them to warble a tune. For the time though, Sean did a good job.

Oakes has a very natural way about him. In an aside, I think he did a better job of reinventing the character of Pete than Neel Sethi did with Mowgli. He was able to capture some humor and a lot of heart in his performance.

Again, sounding like a broken record, I have to give the point to PD-16. If only Sean hadn’t of sung!

Back in 1977 live-action and animation together was a big thing. This was pre-Roger Rabbit and given the technology of the time was a very good job!

Today’s CGI effects are hard to beat and the technicians on PD-16 did a very good job of integrating Elliot into the natural surroundings. But more could have been done to show effect for Elliot’s causes.

I struggle with this one but being as the original Elliot was played almost completely for laughs, whereas the new Elliot has a bit more dimension, again, I have to give the point to PD-16.

The original film did a very competent job of integrating the animated Elliot into the real world. I also have to mention how well the effects department handled the damage caused by Elliot when he was invisible and running through the town.

The new film handled the CGI effects well but that is to be expected. Almost every film has CGI elements these days and the art has been all-but perfected.

So finally I can award a point to PD-77 as a tip of the hat to the old-school wizards who created a convincing world with limited technology!

I have to admit I was surprised by the 4-1 outcome! Before starting to write this review I pegged PD-16 with the win by a slim margin as I had fond memories of PD-77. But when I had to closely compare each category, it became apparent that the remake was far better than the original.

It isn’t easy for a remake to surpass its predecessor but I believe PD-16 has done just that! Do you agree? I’m afraid that the upcoming Beauty and the Beast live-action remake does not continue this trend.