Posted on October 2, 2016 by disneynouns

I love die-cast cars and especially if they contain a Disney character in the driver’s seat. I found two examples from the same line recently and was able to catch up with them while they were on the ‘open road’:

I think Donald is tailgating!

This line was produced by the Lesney Products & Company Limited for Matchbox. The cars themselves are the usual size for a Matchbox vehicle but the figures are obviously oversized! Let’s have a closer look: 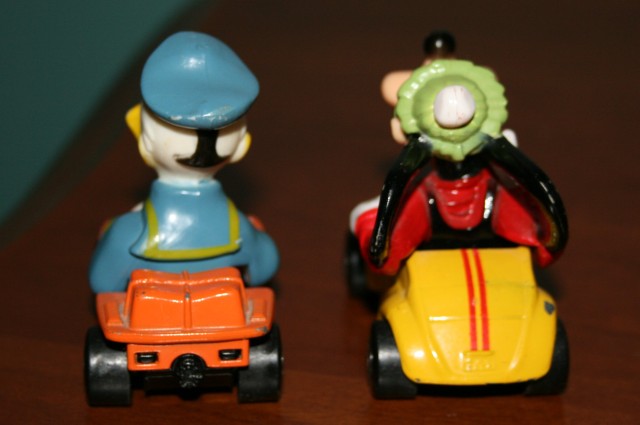 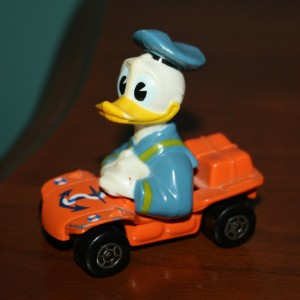 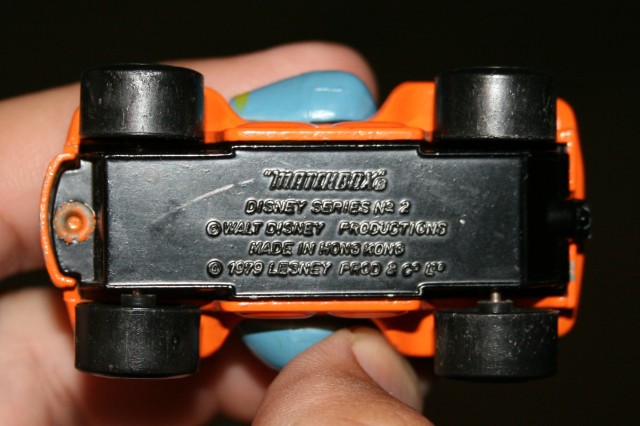 I don’t know how many cars were released in each series but I did find out that Series 1 had Mickey Mouse in a red fire truck.

These are indeed die-cast cars as plastic hadn’t taken over yet back in 1979, and thank goodness! There is one last detail to point out:

Can you read this license plate?

Could it be VB-5 standing for Volkswagen Beetle 5, the ‘5’ relating to its order in the car release schedule? That’s the best I can figure. Do you have another idea?