Not the two adjectives one would usually attach to the noun: Disney. But if you’ve learned anything from following this blog, it’s that I’ll attach anything to anything! So today, I give you just some of the crazy and/or creepy things you might encounter around Walt Disney World: 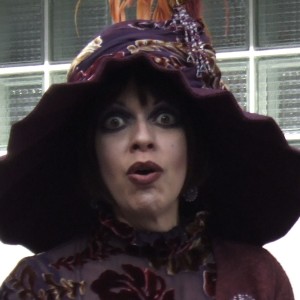 With an expression like that, you’ve got to be crazy!

Streetmosphere at Disney’s Hollywood Studios is among the best throughout the entire World, and this performer definitely knows how to sell her character.

Are they kidding us with this pair of Mickey and Minnie doll children? These have got to be the creepiest dolls ever produced, just behind Chucky!

It’s crazy, but Bruce realizes that Karen is food

No one should leave Epcot without first being ‘swallowed’ by Bruce, the Shark from Finding Nemo. Just visit the Living Seas and join Bruce for lunch.

Still at Epcot? Go to Innovations and make yourself creepy! 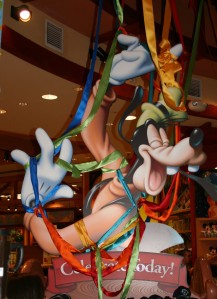 No one does crazy quite like Goofy! Everyone’s favorite anamorphic dog can go from brain-dead to zany in one second flat and then say something surprisingly lucid seconds before a Heyuk. Now that’s crazy! 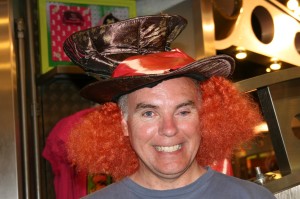 While we’re in Wonderland, let’s conclude this post with one of the craziest characters Disney ever put on-screen: